What is Retail CBDC? 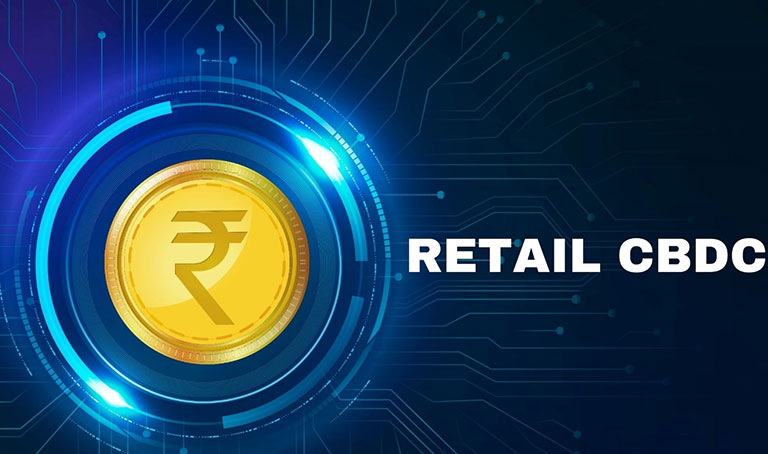 On December 1, 2022, the Reserve Bank of India (RBI) launched a trial of its Retail Central Bank Digital Currency (CBDC) or e-Rupee, steering in a new era of digital payments in the country. The pilot was launched in four major Indian cities, with eight banks participating in the pilot. Here, we take a closer look at retail CBDC, its features, and how it will make a difference to the Indian economy.

One month after the launch of the wholesale CDBC, on December 1, 2022, the RBI launched a pilot of its retail segment, which has components based on blockchain technology. CBDC, or the e-Rupee, is a digital token format representing legal tender and is issued in the same denomination as paper currency and coins. CBDC aims to encourage quick payments and settlements, which will benefit the digital economy.

The CDBC Retail Pilot was launched on December 1, 2022, in four cities: Mumbai, New Delhi, Bengaluru, and Bhubaneswar, with the participation of Bank of Baroda, Union Bank of India, HDFC Bank, and Kotak Mahindra Bank. The service will be subsequently extended to Ahmedabad, Gangtok, Guwahati, Hyderabad, Indore, Kochi, Lucknow, Patna, and Shimla. The participating banks are State Bank of India (SBI), ICICI Bank, Yes Bank, and IDFC First Bank. The pilot will test in real time the robustness and stability of the entire CDBC creation, its distribution, and retail use.

Advantages of launching CDBC for the Indian Economy

Even with a robust and flourishing digital payment system in place in India, there are several incentives in store for a well-functioning CBDC system.

CBDC in the future

The CDBC Retail is going to usher in a new era in digital payments and is set to catapult the Indian rupee onto the global stage, transforming India’s cross-border payment facility and making it cost-effective and time-efficient for foreign trade and international capital flow. Carrying both advantages and risks, the CBDC is an important step towards India becoming a major economic force. It promises to have the ability to take on cryptocurrencies, enable higher transmission of interest rate changes, cut costs, and boost offline payments. With digital payments touching new highs, it has become critical to have a reliable and complementary network to complement the existing digital payment infrastructure. This is precisely where the RBI’s CBDC can step in to fit the role.

Nelito Systems offers customized solutions and services for its clients in finance and other sectors. To know more about it, write to us at marketing@nelito.com or visit us here.