Core banking systems currently used by most retail financial institutions across the world are today highly overdue for a major overhaul. These are decade old systems with patches installed on them like band-aids or duct tape. If banks want to seriously compete in today's Digital Age, then it's high time for them to bite the bullet and get serious about their core conversion.

Today, research from different consulting agencies show that only 4% of financial institutions plan to replace or overhaul their existing core banking systems in the next three years. At such pace of things, it would require 25 years or more for the entire BFS (Banking and Financial Services) sector to replace all their legacy systems. 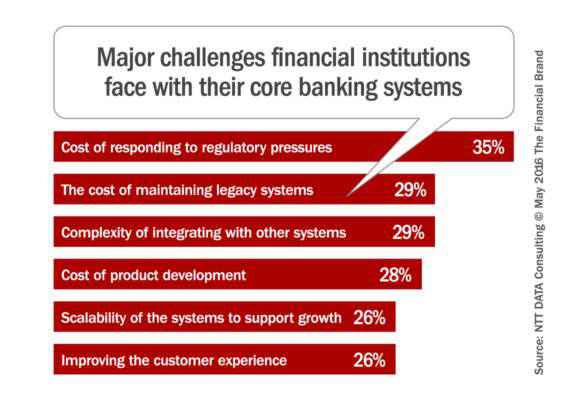 For banks to maintain their competitive edge, the pace of change for Core banking system in this Digital Age is clearly unacceptable.

We will have to keep in mind that many of these core banking systems were originally developed back in the 80s and 90s. Even if the CBS being used by your bank is relatively new, there's a reasonable possibility that it has not been built for the realities of today.

This would be like fighting the next war with weapons of yesteryears war.