All you need to know about the e-Rupee/Digital Rupee 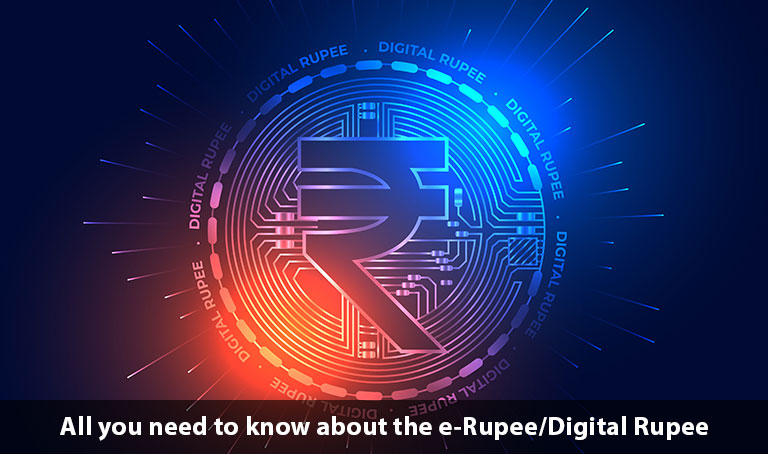 On August 2, 2021, the Central Bank Digital Currency (CBDC) was launched by Prime Minister Narendra Modi. A cashless and contactless instrument for digital payment, the digital rupee or e-RUPI is designed to play a pivotal role in making direct benefit transfer (DBT) more effective. This digital payment solution provides a new dimension to digital governance and, based on digital transactions fused with technology, it is aimed at connecting people’s lives in the sub-continent.

India has been in the waves of a digital revolution over the last few years, and nothing more than digital payment has changed the lives of people and improved their standards of living. The e-RUPI has been launched to promote financial inclusion, create greater resilience for domestic payment systems, and foster more competition. The e-RUPI will bring better access to money, efficient payments, and lower transaction costs.

What is the e-RUPI

With the learnings from the pilot launch, the RBI plans to bring in further improvement and sophistication by leveraging the country’s strong digital infrastructure. The e-RUPI offers practical anonymity for small-value transactions while it improves transparency in money flows and also reduces currency substitution. With more banks added to the list, there will be greater financial inclusion and resilience for domestic payment systems.

Nelito offers customized solutions & services for its clients from finance and other sectors. To know more about it, write us at marketing@nelito.com or visit us here.