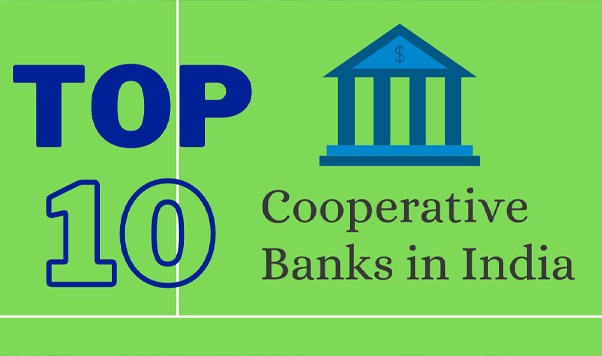 In a developing country like India, cooperative banks play a very important role. The main objective of a cooperative bank is to provide financial help to the deserving at the lowest rate of interest. Over the years there have been some tough challenges for cooperative banks in India but despite facing a crisis, they have managed to stay afloat and emerge winners.

Cooperative banks in India began with the purpose of helping the poor who had been at the mercy of local moneylenders who charged them a high rate of interest. With the cooperative act passed in the early 20th century, cooperative banks were introduced and the Indian society, especially in the rural areas. It led to the following improvements

These banks now play an integral part in the development of the country. They are important for the effective functioning of the overall banking system in India.

A look at the top 10 cooperative banks of India

Cooperative banks have been dependable sources of financial support for people, since pre-independence days. The co-operative banks became more prominent post demonetization in November 2016, as they offered various apps and net-banking solutions for ease of operations. Moreover, interest rates offered by cooperative banks are higher than what public sector undertaking, private banks, and foreign banks offer. As per RBI guidelines, deposits with all cooperative banks are insured under the Deposit Insurance and Credit Guarantee Corporation (DICGC) up to rupees one lakh.

Co-operative banks are moving towards adopting initiatives to make their banking websites smartphone-compatible and friendly and upgrading strategies regarding mobile banking. Nelito has been at the forefront, using its 25 years of industry experience and a vast suite of software solutions. Nelito offers its core banking, financial inclusion, KYC, and other surround solution on the cloud. Cooperative Banks, UCBs, PACS, Credit Societies, and NBFC can use these cloud-based solutions and reap the benefit of cloud computing.

In today's digital world co-operative banks need to choose the right IT partner who is agile and opens doors to multiple solutions. The IT partner should be capable to make the current digital technologies work for cooperative banks in a practical way.

With a high level of professionalism, cooperative banks offer a superior standard of services to customers and they are set to play a major role in the country’s financial sector.