NPCI set to take UPI success to the rest of Asia 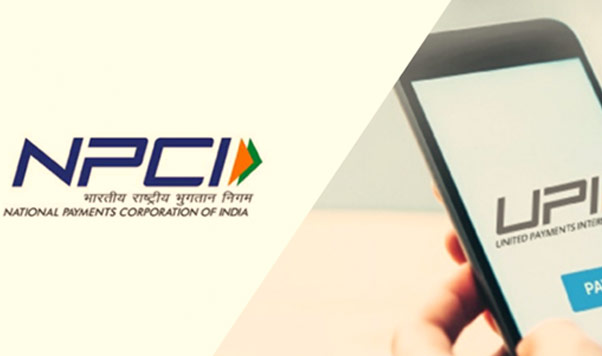 In the latest development, WhatsApp in India, which had been fighting for months to include a payment feature using UPI have finally got the nod to go live with UPI. The NPCI’s approval came on the same day it limited the transactions a third-party app like WhatsApp Pay can carry out to 30 percent of the total volume on the UPI network. The move is a step to dispel fears over potential monopoly risks.

Hence this move by NPCI translates to

Launched in 2016, UPI has seen phenomenal success domestically. UPI has been developed by the National Payments Corporation of India (NCPI) and is India’s real-time mobile payments system. The interface, regulated by the Reserve Bank of India facilitates inter-bank transactions connecting multiple bank accounts to a single mobile application, which allows to transfer money and make payments instantly, 24/7. Users can link their bank accounts to multiple peer-to-peer (P2P) payment apps, such as Paytm, Google Pay, PhonePe, MobiKwik, and BHIM (NCPI’s P2P app), among others.

Transactions surged tremendously with payment service providers building their platforms atop UPI and customers quickly adapting to it. UPI put India significantly on the world map with Indians transferring money with QR scan codes and various methods, while most countries are still using traditional methods. In developed countries, card payments dominate while in a lot of European countries, cheque payments are still widely used. China does have AliPay and Wechat, which are seamless but not as simple as UPI.

The NPCI has been keenly looking for export opportunities to build retail payment railroads in Asian countries, amidst growing interest the world over in digital payments.

According to the Economic Times, NPCI has submitted a bid to the Central Bank of Myanmar (CBM) to build the country’s real-time retail payment system and QR-code generation and repository system. The bid was submitted by NPCI International (NIPL), a newly set up subsidiary of the NPCI, alongside the US-based payments company, Euronet. NIPL was set up in August 2020 to take the technical know-how of NPCI surrounding retail payments systems, international.

Earlier in the year, the CBM announced that over the next two years, it had plans to modernise its existing payment infrastructure and implement a real-time retail payments system and establish an automated clearing house, among other objectives. At present, the CBM has a central switching service called the Myanmar Payment Union (MPU) which processes interoperable transactions for all ATM, point-of-sale devices, and e-commerce transactions with domestic debit and credit cards. However, MPU established in 2012, took some time to stabilise and is only linked to the banks in the country.

According to the Myanmar National Payments System Strategy 2020-2025, payment service providers in Myanmar, with support from the CBM, have agreed to implement a standardised common QR code, called Myanmar Quick Response Code (MMQR). The technical specifications of the MMQR have been endorsed by local banks, international payment schemes, domestic e-money issuers, and the MPU.

The CBM specified that the MMQR should accept payments through both domestic and international payment schemes, e-wallet providers and banks. The new retail payments system will have to be inter-operable, provide broad access, integrate international payments, and ensure switching between all QR code-initiated transactions in the country.

The CBM project has received grants from the World Bank, and if NPCI could successfully implement its expertise, it could be a major step towards its international aspirations. However, according to sources, the bid could face tough competition from global payments giants, including Mastercard and Visa who are also known to have shown interest in the project.

But if NIPL wins the bid, it will be the beginning of many international projects that NPCI has set its eyes upon in the Asian market. There are several economies including Malaysia, UAE and Singapore which are on the verge of mass digitisation and are looking at building interoperable networks, similar to UPI’s.

NPCI is exploring opportunities for exporting the successful UPI technology overseas to facilitate quick and efficient digital payments. NPCI launched NIPL in August 2020 as a first definitive step to mark its foray in the international market. This also comes at a time when the digital payments volume on UPI has been breaking all past records. According to Dilip Asbe, MD of NPCI, “several countries” in Asia, Africa and the Middle East have displayed interest in replicating NPCI’s payment models in their own jurisdictions.

NPCI forayed into the Singapore digital payments market, in November last year as the Federation of Indian Chambers of Commerce and Industry (FICCI) signed an agreement with the Singapore Fintech Association to take UPI to overseas markets. In Singapore, the implementation of UPI is expected to solve the lack of payments options for Indians travellers abroad, facing currency conversion issues or non-availability of credit or debit cards.

The success of UPI in India has also prompted Google LLC to recommend a similar real-time payments platform to the US Federal Reserve. In August 2020, the board of governors of the Federal Reserve published a paper where it proposed to develop a new inter-bank 24/7 real-time gross settlement service which would support faster payments in the U.S. The Central Bank invited suggestions from relevant stakeholders on what the design and features of the ‘FedNow’ Service could look like, the service of which may be rolled out by 2023 or 2024.