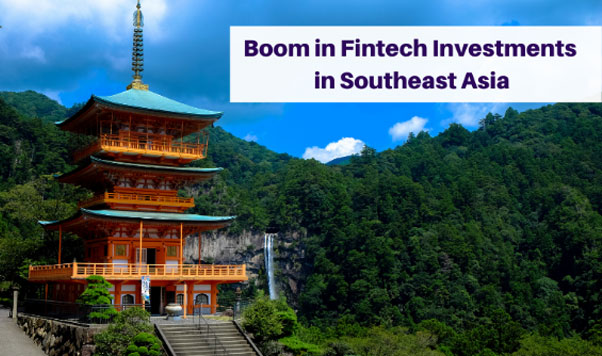 As per the Fitch Ratings report, in Southeast Asia, the unbanked population is around 290 million. The report says that only 18 percentage of the population in SE Asia has access to credit which is lower than the proportion of the digital-ready population, 37 percentage based on World Bank Global Findex data.

The Association of Southeast Asian Nations (ASEAN) is a group consisting of Cambodia, Brunei, Indonesia, Laos, Malaysia, Singapore, Myanmar, the Philippines, Thailand, and Vietnam. According to Fitch ratings, the Philippines and Indonesia have a large market potential amongst the six major ASEAN markets, because of their large unbanked segment.

Southeast Asia’s overall tech ecosystem estimated is currently worth the US $ 108 billion. Singapore, Indonesia, the Philippines, Vietnam, and Malaysia are some of the valuable tech ecosystems.

According to analysis, the fintech solutions will help to boost the financial inclusions and also help in increasing the GDP of emerging markets by $ 3.7 trillion. SE Asia has seen a boom in Fintech investments in recent years. The banking competition will increase as virtual banks will enter the market.

Southeast Asia’s developing markets are likely to show a growth in digital financial services. As per the report Vietnam, Indonesia and Philippines digital payments gross transaction value will grow by 10–13 percentage CAGR until 2025 v/s 3 percentage in Singapore. These three countries’ total amount of digital loans is expected to grow by more than 50% CAGR to 2025. 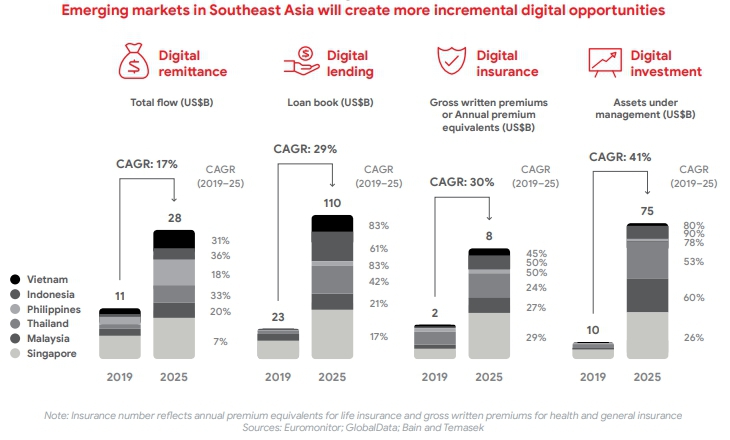 The COVID-19 pandemic may have affected the region’s economy, appropriate measures need to be taken by the government to address the challenges i.e. lack of access to digital financial services to local consumers and businesses.